As we take stock of Cop26, what have we learnt and what can the individual do? It is easy to feel despair and to give up. Don’t. In this article we encourage you to feel the real sense of grief but also encourage you to take inspiration from young climate activists from the global south.

It can be easy to give in to despair when faced with the daunting challenge of addressing climate change. There is a lot to do and many areas in which your involvement can matter. Instead of giving in to despair though, become solution-focused. We wanted to share the stories of some inspiring young climate activists and leaders with you. One thing each of these activists share is taking action locally for the climate.  Let us know what they inspire you to do for the planet.

15 year old Vinisha was given a standing ovation at COP26 where she told world leaders to “stop talking and start doing”. Vinisha was the youngest finalist for the Earthshot prize for her invention of a solar powered ironing cart. Vinisha’s cart aims to replace charcoal-heated irons street vendors use in India, that create pollution when being used. The invention can power an iron for six hours from five hours of sunshine. It eliminates the 11 pounds (5kg) of charcoal used daily by vendors. There are currently around 10 million such carts being used in India.

Nicki Becker began to take action in Argentina in 2019 inspired by Greta Thunberg. Becker began her local youth activism movement because at the time nobody was talking about the climate crisis in Argentina. Nicki feels that the climate crisis is as much about social issues as it is about the environment. She switched her studies from psychology to international law to address this. Nicki’s campaign focuses on Latin America because as she says: “in Latin America the climate struggle is very different from that of Europe or developed countries. We are a region where the exploitation of our land comes mostly from transnational companies, who take the money back to their countries and leave the environmental and social damage here.”

Elizabeth Wathuti gave a rousing speech at Cop26 urging world leaders to listen to the pleas of young people. Wathuti plants trees in Kenya as a local solution to climate change and the nutrition crisis that also affects many children in the country. Wathuti planted her first tree at the age of seven and continues to encourage other young people to do the same. Elizabeth is one of the 100 Most Influential Young Africans as celebrated by the Africa Youth Awards.

Shaama Sanddoyea is a badminton player, marine biologist and environmental activist. In March 2021, Shaama was one of the first people to take part in the first underwater global climate strike whilst on a research mission with greenpeace. “Striking here, for us, is really important because it sends out a message that the most important carbon sink on the planet is the ocean, the marine ecosystem.”

Action does not need to address every issue. The climate activists featured here all take action that addresses the issues that affect their local area and community. Are you able to focus on your own community? We would love to know how your yoga inspires you to be an active and engaged member of your local community. This class from Mimi is the perfect way to tune in to nature. After reminding yourself of your intimate connection with nature, why not decide what local action you can take? 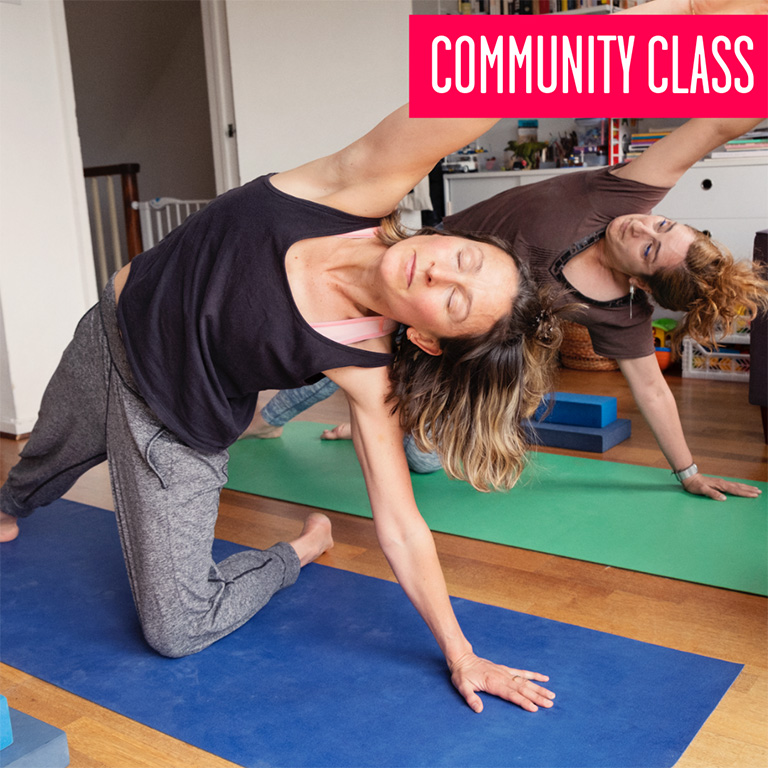