After years of being sidelined as extreme and hardcore, being vegan is fast becoming mainstream – as well it should. Here’s why. 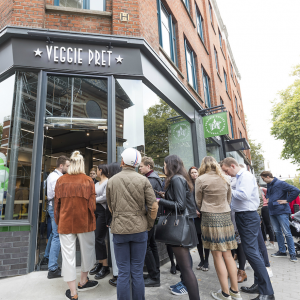 “Never doubt that a small group of thoughtful, committed citizens can change the world. Indeed, it’s the only thing that ever has.”

This turbo-charged empowering quote (often attributed to anthropologist Margaret Mead) is a sage reminder that no matter how small we are in number, our collective actions have great potential to influence the mainstream for the better.

From militant and unnatural to simple common sense

It’s sobering to think that the Suffragettes were once deemed militant and unnatural, simply for asking for the right to vote. Every small alternative choice can develop into a widespread cultural trend, and eventually be adopted as simply “common sense”, rather than whacky and eccentric.

In much the same way, a small group of thoughtful and committed vegans have undeniably changed the world in recent years. A lifestyle that was once considered an extreme fringe group adopted by hardcore animal activists is now in vogue (literally, in Vogue) and gaining traction.

Whilst in the US veganism has grown by 600% in the past three years, in the UK it is reported that more than half of adults are adopting “vegan buying behaviour”. UK supermarkets are responding to a surge in sales of vegan food, whilst restaurants and coffee chains compete to up their vegan game.

Thanks to the World Wide Web

So why has veganism’s growth been accelerating? Many point to the advent of the internet, and in particular the power of social media. Previously, the culture we consumed was dictated to us by newspaper editors, TV producers and book publishers.

With the internet, however, comes the democratisation of culture; documentaries on the treatment of animals in the agricultural industry are just a click away, new delicious vegan recipes are easily published online, and a catalogue of vegan restaurants and customer reviews can be downloaded as an app. Being able to self-publish online content has vastly changed the cultural landscape, and enabled emerging trends in healthy and ethical living to flourish. 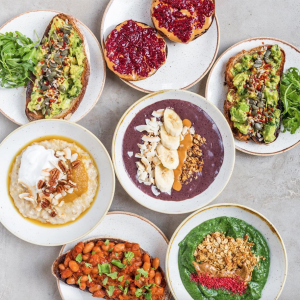 The internet also sustains the thriving vegan industry, allowing small vegan businesses to reach a niche audience online. Instead of paying out for a bricks and mortar shop and relying on customer footfall within one particular town, vegan enterprises can sell worldwide to the entire vegan market. Never before has there been more choice in the realms of cruelty-free cosmetics, stylish vegan shoes and animal-free bags, and it can all be delivered straight to your front door in double quick time.

The web has undeniably made conscious living easier and more accessible. We can now flick through Facebook and nonchalantly watch a quick recipe video for a healthy veggie bowl by BOSH!, then take a yoga class at home right here with Movement for Modern Life, before buying a gorgeous pair of designer leather-free heels from Beyond Skin, all in an afternoon and from the comfort of your own living room. Above all else, the internet has given us freedom to choose the lifestyle we want. And for us, it’s avocado toast, yoga and vegan shoes ’til the end!