Have you ever felt a deep sense of peace in a guided relaxation as you float between wakefulness and sleep? Or do you find seated meditation challenging but want to experience the benefits of deep rest? In this article we explore the ancient practice of yoga nidra or yogic sleep.

What is yoga nidra?

Yoga nidra is sometimes called yogic sleep. It is a unique practice that lies somewhere between guided relaxation, meditation and visualisation.  Thirty minutes of yoga nidra is reputed to be akin to two hours of sleep. Whether or not this claim is true, yoga nidra allows the body to enter into a deep state of relaxation. During yoga nidra your brain waves change from beta waves which prevail during wakeful states and to calmer alpha waves. When your brain enters an alpha state, it releases serotonin which helps you to establish healthy sleeping patterns.

The final states reached are the delta state of deep sleep and the theta state which is the predominant brain state of yoga nidra. This state is unique as the body is ostensibly asleep whilst the mind is awake. In sleep the brain passes from alpha waves to delta waves which are found during deep sleep. If this sounds confusing, don’t worry. The main takeaway is that in this practice your body is asleep whilst your mind isn’t and you will experience a state of deep relaxation.

How do you do yoga nidra?

Yoga nidra is practiced lying down and is a guided practice. Generally the teacher guides you to rotate your awareness through your body. The steps to guide you to a deep state of relaxation vary from style to style of yoga nidra and from teacher to teacher but will generally include: intention; body awareness; breath awareness; emotional awareness; visualisation and waking up or re-integration.

What are the benefits?

Reduced stress and better sleep are amongst the immediate benefits experienced and reported by practitioners. More research is needed but some studies seem to indicate that yogic sleep improves blood pressure and heart rate variables. Women experience fewer hormonal imbalances. A small study is also researching a positive impact of yoga nidra on blood glucose fluctuations in people with type 2 diabetes.  Research in the US on yoga nidra currently centers around veterans and the effects of nidra on PTSD which shows reduced rage and anxiety amongst veterans.

Is yoga nidra an ancient practice?

The roots of yoga nidra reach back thousands of years to the Upanishads. Satyananda Saraswati developed the practice we are familiar with today in the 1950s. He did this from his exploration of Tantric scriptures and exploration specifically the practice of nyasa where mantras are visualised being placed on parts of the body.

Try this calm and recharge class from Zephyr Wildman to try the practice of nyasa.

Most recently, Richard Miller has developed a technique known as iRest which veterans often practice.  Miller recognised that many of the students that seek out yoga nidra need additional support with their mental well being. “The Eastern yoga principles took it for granted that you were at a certain state of health and well-being,” he says. “What I saw was that this was not true of most students. So I added the element of the Inner Resource.” In the iRest method, you conjure up your own personal inner resource – a vision of a place you feel safe and secure. When and if intense emotions arise, practitioners can return to the inner resource for a break.

Why we should all take up yoga nidra

Yoga nidra is a safe and supportive practice for everyone and can feel more accessible than meditation for many. Its effects can be life changing.  Karen Brody, who challenges women to ‘dare to rest’ says: “Women tell me all the time how practicing yoga nidra meditation has positively impacted their family life. One mother who was checked out of her life due to exhaustion now practices yoga nidra and says that she is using more loving speech to herself, her children and her spouse, and parenting from a more peaceful place. In general, another woman who felt imprisoned by her anxiety tells me she is now able to lead a full life with her family from a calm place. It’s clear to me that women get their family and freedom back when they practice yoga nidra regularly.”

Try this class from Dan Peppiatt 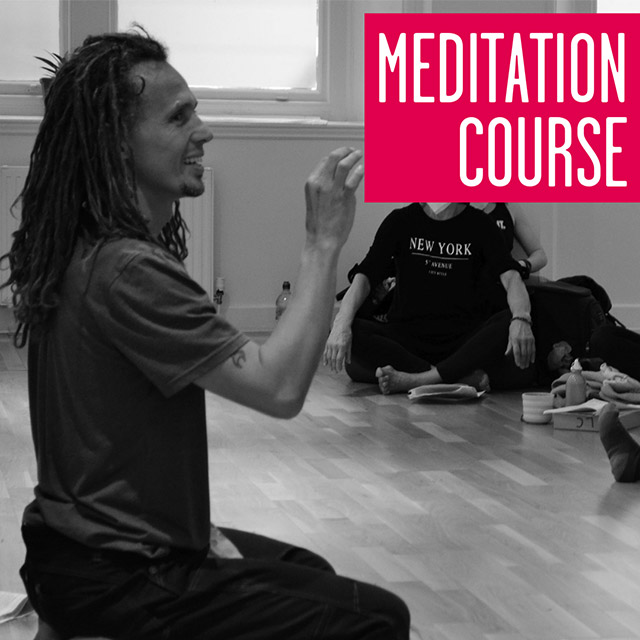