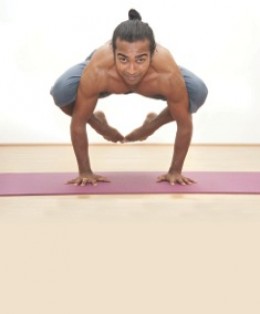 Dylan Ayaloo started his career in health and sports as an internationally recognised Taekwondo champion and TV star at the tender age of seven. He was to become the Malaysian Junior National Champion and a member of the Malaysian Olympic Squad.

After a string of injuries forced Dylan to retire from professional Taekwondo, he began seeking tools to reconnect with his body, find fulfilment and gain a sense of balance. His relationship with meditation and yoga began.

When Dylan discovered Power Yoga, he was immediately hooked. It appealed on all levels, from the intensity and challenge of the workout to the meditative and spiritual quality.

Moving to London in 2007, Dylan formed Hot Power Yoga. During its infancy in various small studios across South London, people immediately connected to the yoga style. The Hot Power Yoga community was born.

Based in Clapham, the studio is now home to a full schedule of Hot Power Yoga classes and workshops. It is also an internationally recognised Teacher Training School (RYS200) offering a range of accredited yoga teacher training programmes.

Find out more about Dylan Ayaloo.

Dylan in the blog